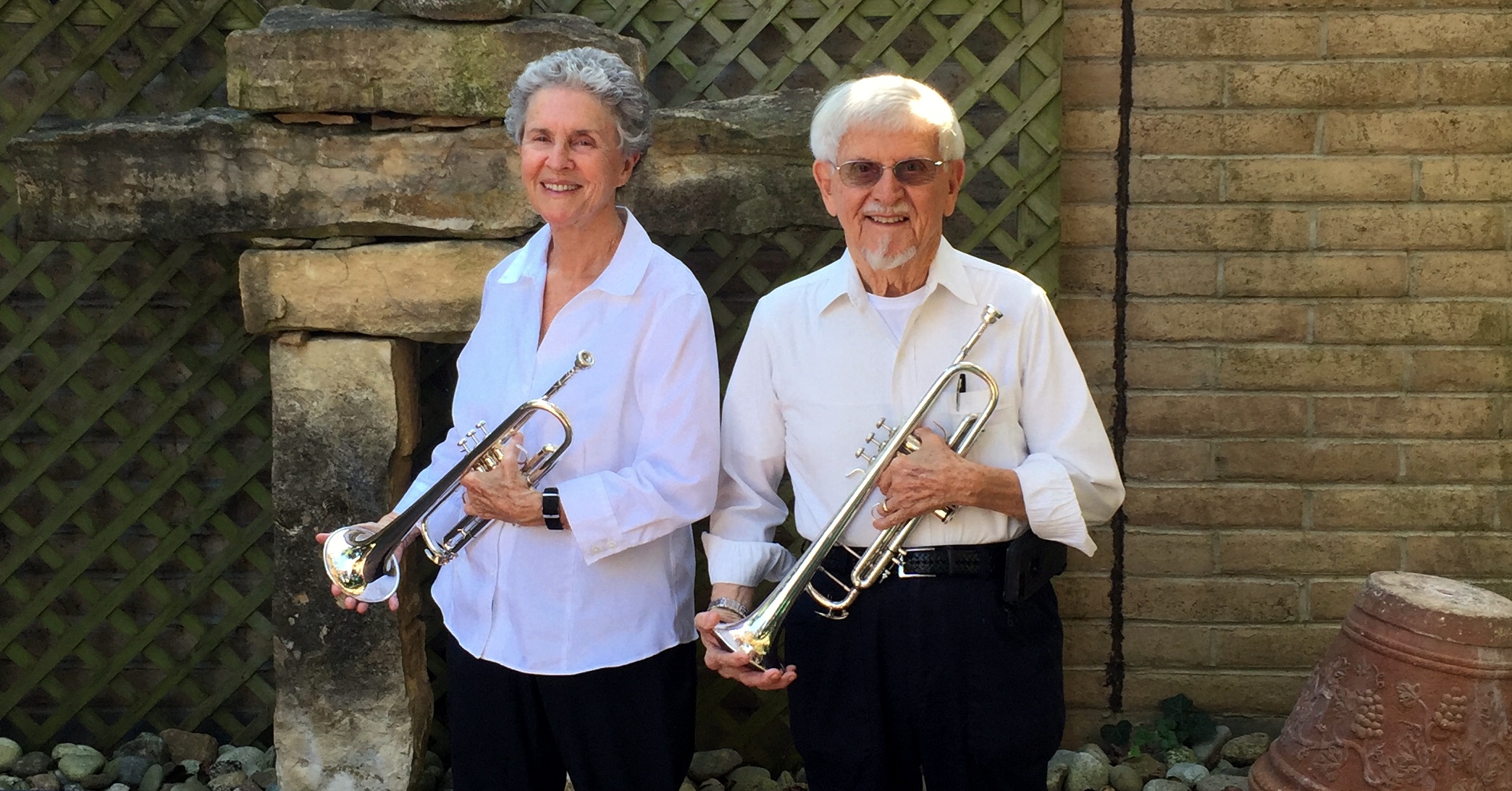 A few weeks ago, Roy Lacoursiere read about a musician who played outside the windows of a senior living community.

“It got me thinking that my wife, Joanna, has a long-time friend going back many decades” who lives at Topeka Presbyterian Manor, Roy said.

Sarah Merrill has been a resident here for more than 10 years. Joaanna Lacoursiere met Sarah on a canoe trip in Missouri. The two women often camped and canoed together with a group of friends, which included Kansas state representative Harriet Graham. Later, Sarah joined the Lacoursieres on several camping trips in her Volkswagon camper van.

Before the pandemic, Joanna visited Sarah once a week. For the past few months, they have been keeping their weekly visits via the FaceTime video chat app.

After she retired, Joanna took up the trumpet, and she has now played the instrument for more than a decade. The Lacoursieres’ neighbor, Herschel Stroud, is also a trumpet player, and he and Joanna play together in three bands: the Santa Fe Band, the Sounds of St. David’s Episcopal Church, and a local Jayhawks pep band.

Roy called Presbyterian Manor to ask if he could organize a special concert for Sarah and the other residents. On October 16, Joanna and Hershel made their trumpet duet debut at Presbyterian Manor with a selection of popular tunes. Roy helped with the equipment, and Hershel’s wife Jacque took photos.

Joanna and Hershel chose a selection of upbeat, popular music they hoped the residents would recognize.

They played three sets in different places on the southwest corner of the Presbyterian Manor campus. Roy helped move the music stands and PA system to each outdoor venue so that residents in multiple areas could hear the music.

Posted on
by
filled under
Events
Activities
Residents
« Back to Blog