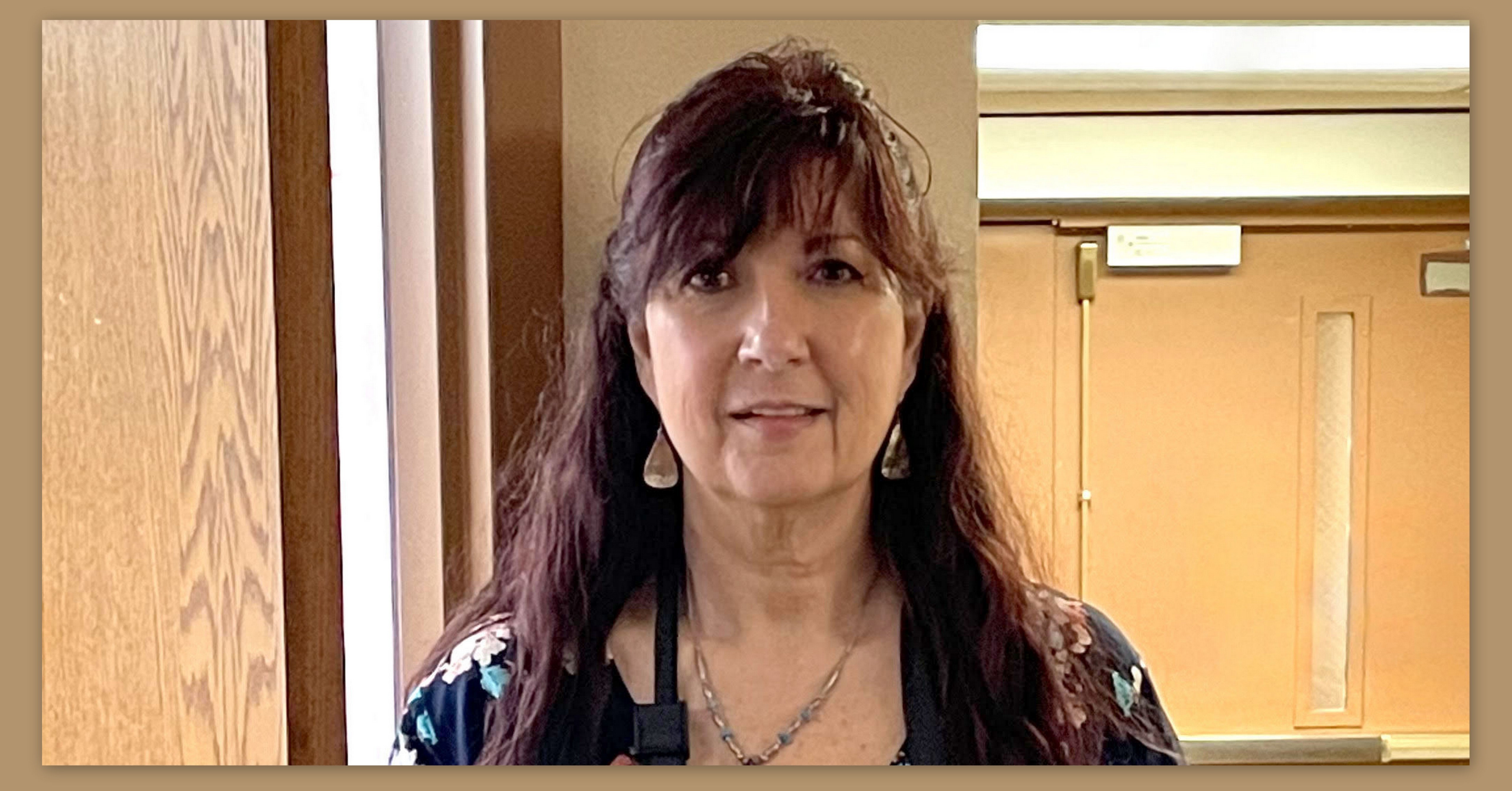 April Shideler isn’t sure exactly why she decided to go into the hair industry. She was 20 years old and managing a Hardee’s, and cosmetology school sounded like a pretty good option to her, so she enrolled.

Now April has more than 30 years’ experience in the field. She began her career at a JC Penney salon, and eventually became the manager of the Penney’s salon at the Oak Park Mall in Kansas City. Then April served as the director of B Street Cosmetology School in Topeka.

However, despite her career achievements, April says working at the Topeka Presbyterian Manor beauty shop has been one of the most delightful parts of her career.

“I love it,” April said. “I actually love going to work. I love the ladies. Caring for them makes me feel good.”

She has been working behind a chair at Presbyterian Manor since Feb. 2, and she finds it much less stressful than “corralling” 45-50 stylists.

“This is a breeze,” April said. “You talk to people. You make them feel good. It’s just from one end of the spectrum to the other. It’s more of a chill atmosphere here.”

April will continue to offer the usual beauty shop services, including cuts, blow-outs, and shampoo and sets.

This isn’t her first experience working with seniors. Earlier in her career, April owned her own salon, which she ran with her best friend. At the same time, she worked Fridays at a senior living community.

April had also worked with seniors in more recent years before she was sidelined by a brain tumor. She is now completely recovered.

“It just took me out of the game for a bit,” she said.

April and her husband, Mark Milliken, have been married for 26 years. She has two adult daughters and four grandchildren.

Posted on
by
filled under
Employees
Quality
« Back to Blog