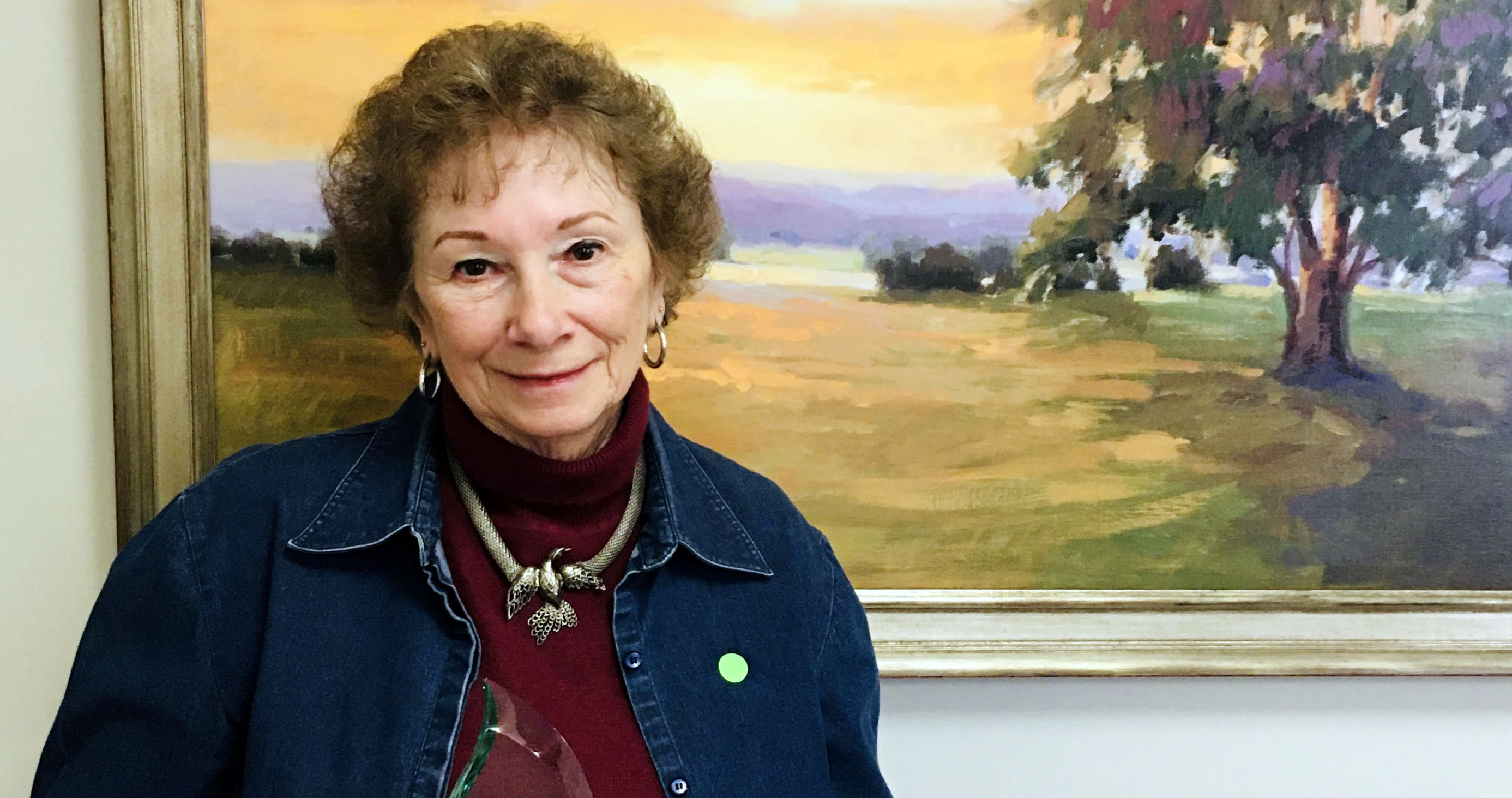 Until her retirement this spring, Judy Moss was a fixture at Topeka Presbyterian Manor for 36 years.

Judy served our residents by administering shampoos and sets, perms, haircuts, and the occasional color service behind her chair in the beauty shop. She wouldn’t say she’s quite ready to put away her styling scissors, but at 76, Judy decided it was time to retire.

She had been working as a hair stylist at Wild Willie’s on South Topeka Boulevard when the previous owner of the Presbyterian Manor beauty shop recruited her. When the owner retired in the early 1990s, Judy took over the shop, which one of her employees once nicknamed “Judy’s Beauties.”

She credits the fact that she has been able to work for herself for her longevity in the profession, which she entered in 1964 when she graduated from beauty school.

She has loved working with — and talking to — Presbyterian Manor residents. Not only has she learned a lot, but Judy said older clients are more appreciative than younger ones.

“I never expected to do hair in a community like this,” Judy said. “I was there way longer than any of the other shops where I worked, and I believe I enjoyed it more. I’ve been thoroughly happy at Presbyterian Manor.”

Although she was only trained to do women’s hair, Judy eventually added men’s haircuts to her repertoire.

“They used to have a barber come in once a month, and the guys would line up to get their hair cut,” Judy said. “After a while, he quit coming because I was doing all the men’s haircuts, so I guess I must have done them okay.”

The pandemic prevented Judy from seeing her regular clients for much of the past year. “It’s been difficult for them, and difficult for me,” she said. But she has managed to stay in touch nonetheless.

“One of the ladies whose hair I did will call me every so often to see how I am and let me know what’s going on at the Manor,” Judy said. “After you do someone’s hair for a while, you get to be friends.”

Judy and her husband first met in the fifth grade, and they have been married for 56 years. They have two children and four grandchildren, whom Judy looks forward to spending more time with in retirement.

“The youngest is seven, and she seems to think she needs to be at grandma’s house a lot of the time,” she said.

Posted on
by
filled under
Employees
Retirement
Quality
« Back to Blog