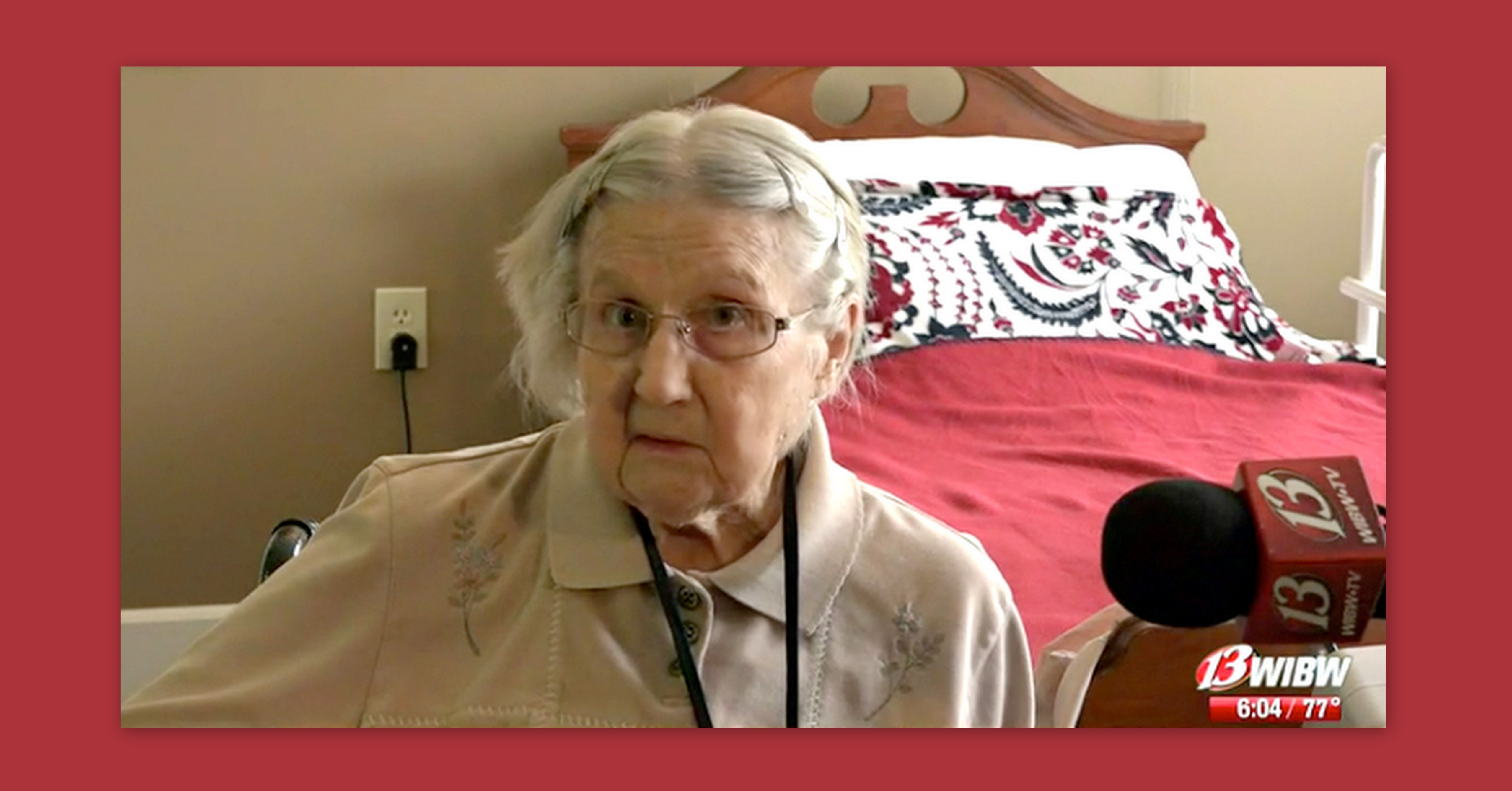 Topeka Presbyterian Manor’s own ‘Rosie the Riveter’ looks back on service, love of country

May 1945 marked a month-long celebration for a nation weary from war. World War II continued to rage in the Pacific, but victory in Europe (known as VE-Day) had been realized after four long years of American sacrifice.

Clara Cooper, a self-described “farm girl” from Olpe, Kan., remembers it well. In January of 1944, Clara, now a resident at Topeka Presbyterian Manor, left the family farm to work at Beech Aircraft in Wichita to support the war effort.

“I was there for one year and nine months,” Clara said. “We had a week of training and were given a rivet gun, a saw and a toolbox and began to get to work.”

Women like Clara, known collectively as Rosie the Riveters, played a vital role during the war, filling roles traditionally occupied by men.

Clara quickly learned the tools of trade, jumping into the job “feet first.”

“We didn’t think anything of it at the time,” she said. “We were just doing our part for the country. Now I’ve come to realize how much we’re appreciated.”

Clara said she would work during the week and travel home on weekends to help on the farm.

“I took the train every weekend,” she recalled. “The trains had no air conditioning, so it was very different from the experience someone might have today.”

Clara recalls those train rides with mixed emotions. They were uncomfortable at times, especially during the scorching Kansas summers, but they also provided her an opportunity to remain connected with family and assist her family with farm work.

“I was always working,” she recalled. “When I wasn’t at Beech, I was on the farm.”

She remembered her work as being important, but also as an awakening to the world outside of her small farming community.

“There were five of us girls and the rest of the workers were men,” Clara said. “As you can imagine, a small-town farm girl wasn’t used to some of the jokes they told. It took a bit of getting used to.”

She remembered being told that the men at Beech quickly became aware that they should avoid certain jokes in her presence.

“It was eye opening,” Clara said with a smile.

After the war ended, Clara recalls an announcement over the intercom system telling the women to pack up and head home. She returned to Olpe and, like the soldiers who returned from war, picked up her life where she’d left it.

“I have no regrets,” she said. “I’ve really had a wonderful life.”

Posted on
by
filled under
Residents
Nostalgia
« Back to Blog