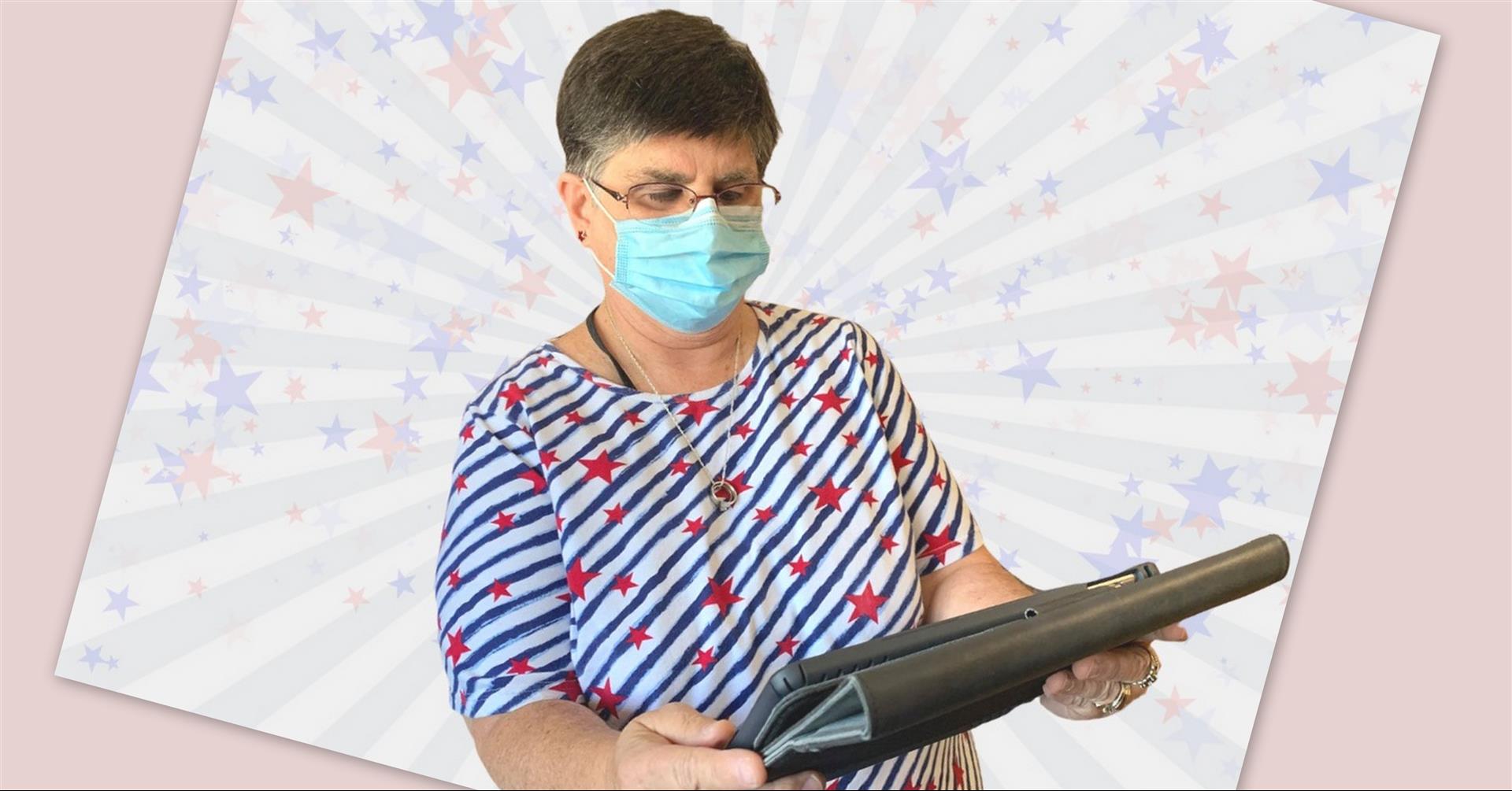 When the independent living resident first began using the device, her cousins encouraged her to download Words with Friends. It’s similar to the board game Scrabble, and users can play with friends or strangers.

Marian enjoys playing against family members who live “all over,” including Illinois, Iowa and South Dakota.

Though she can hold her own in the game, “a couple of my cousins slaughter me,” she said.

Words with Friends is one of the most popular mobile games of all time, partly because it allows users to be social; you can exchange written messages with your opponent using the chat feature.

“It feels like you’re connecting, even though half the time you’re playing and not chatting,” Marian said.

She plays plenty of solo games too, including Word Cookies, Word Crossing, Word Swipe, Word Picture and Word Jam Crossword. She found most of them by browsing on the iTunes store.

Marian also enjoys reading her Facebook feed and playing solitaire on her iPad.

She recommends games for other residents who are looking for something to do.

“If they have a computer or iPad, word games help with memory,” she noted.

Marian also keeps her mind active by reading. She enjoys novels of all kinds, and participates in the book club at Topeka Presbyterian Manor. Right now, she’s working through about 20 books her brother passed along to her.

With social distancing guidelines in place, Marian has spent more time at home in recent months. She plays games about the same amount, though. She says they are simply part of her daily routine, which she continues to maintain.

Posted on
by
Cindy Kelly
filled under
News
« Back to Blog