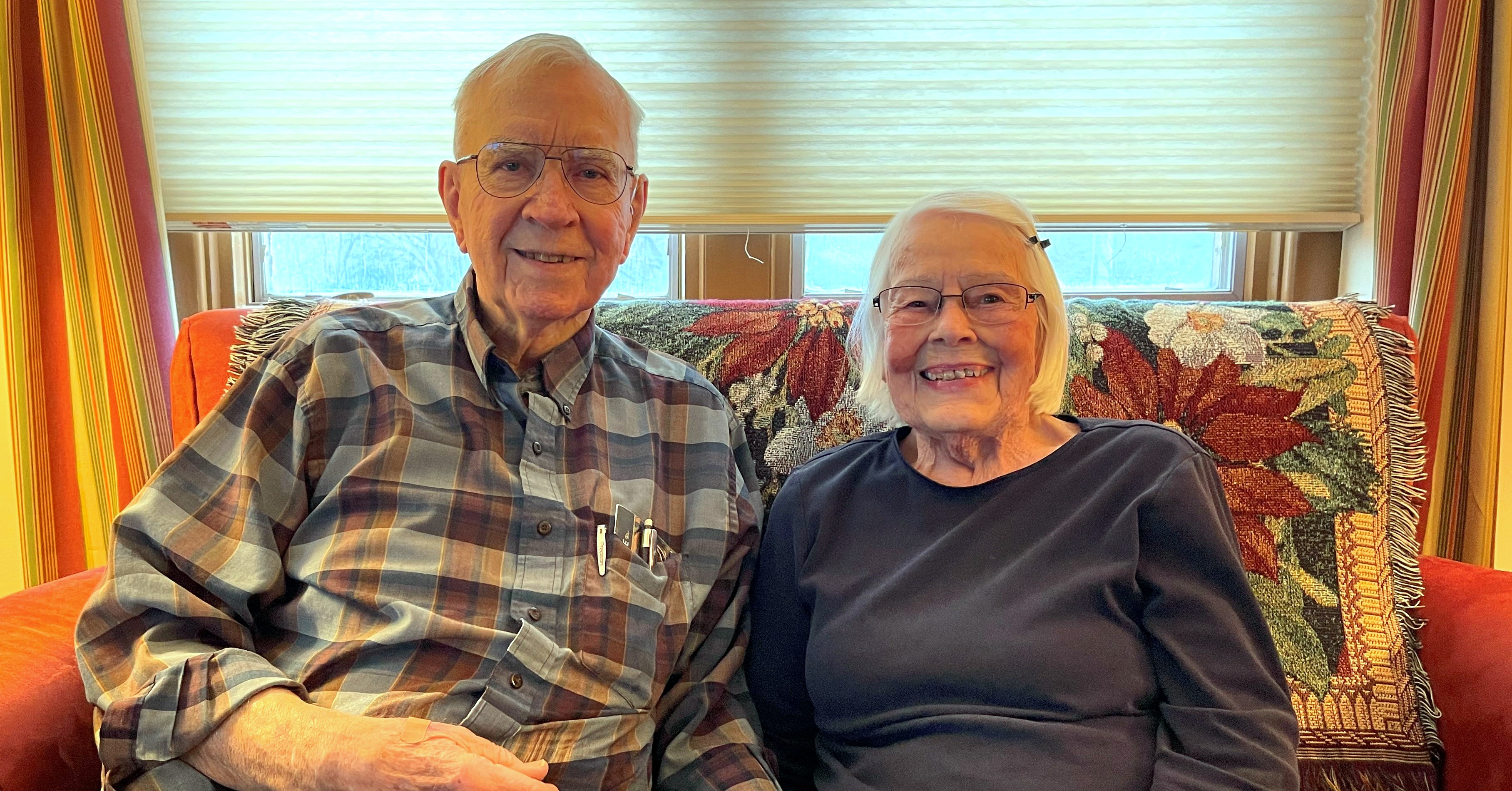 Independent living residents wrote the book on a happy life

If you want to get to know Dale and Margaret Sandberg, you can always read the book about them.

“A lot of people around here have read it,” Margaret said. “One of the new girls told me recently that she read our book.”

The Sandbergs’ daughter Diane put together the story of her parents’ lives to mark a major anniversary — though they can’t remember which one. Over the course of seven decades, Dale and Margaret have reached more than one marriage milestone.

Dale enlisted in the Navy in the last semester of his senior year of high school. He and Margaret’s brother started basic training together, which is how the couple eventually met.

The Sandbergs are originally from Minnesota, and their voices still carry the hint of an upper Midwestern accent despite the fact that they’ve lived in Kansas since 1954.

They moved here because Dale got a job at an engineering firm. The job took him and his family all over the Midwest — they’ve lived in 18 different places in 70 years.

Dale went on to work for the city of Topeka. For 31 years, he was in charge of the municipality’s drainage systems, which included storm drains in the street and flood control levees along the river. He enjoyed the autonomy he had at work; as long as he did his job, no one bothered him. Margaret was also employed by the city for a time, and before that at the Crosby Department Store.

The Sandbergs have three children: Diane, Stacy and Kathryn, plus more than 20 grandchildren and great-grandchildren.

Some of their favorite memories are of the trips they’ve taken. Dale and Margaret also enjoyed a large social circle and often hosted and attended large get-togethers with friends.

The couple have lived in the Tower at Topeka Presbyterian Manor for the past seven and a half years. Since they moved in, Dale has taken over meal coordination and clean-up.

The Sandbergs like the fact that their children, grandchildren and great-grandchildren will have a record of their lives and love story.

“It seemed like a good idea that we had something so the kids would know how we lived, where we lived, what we did when we were younger,” Margaret said.

The book has inspired at least one of their neighbors to begin their own personal history.

The “new girl” who read the Sandbergs’ book told Margaret that she went home and started writing her own life story.

Posted on
by
filled under
Residents
« Back to Blog