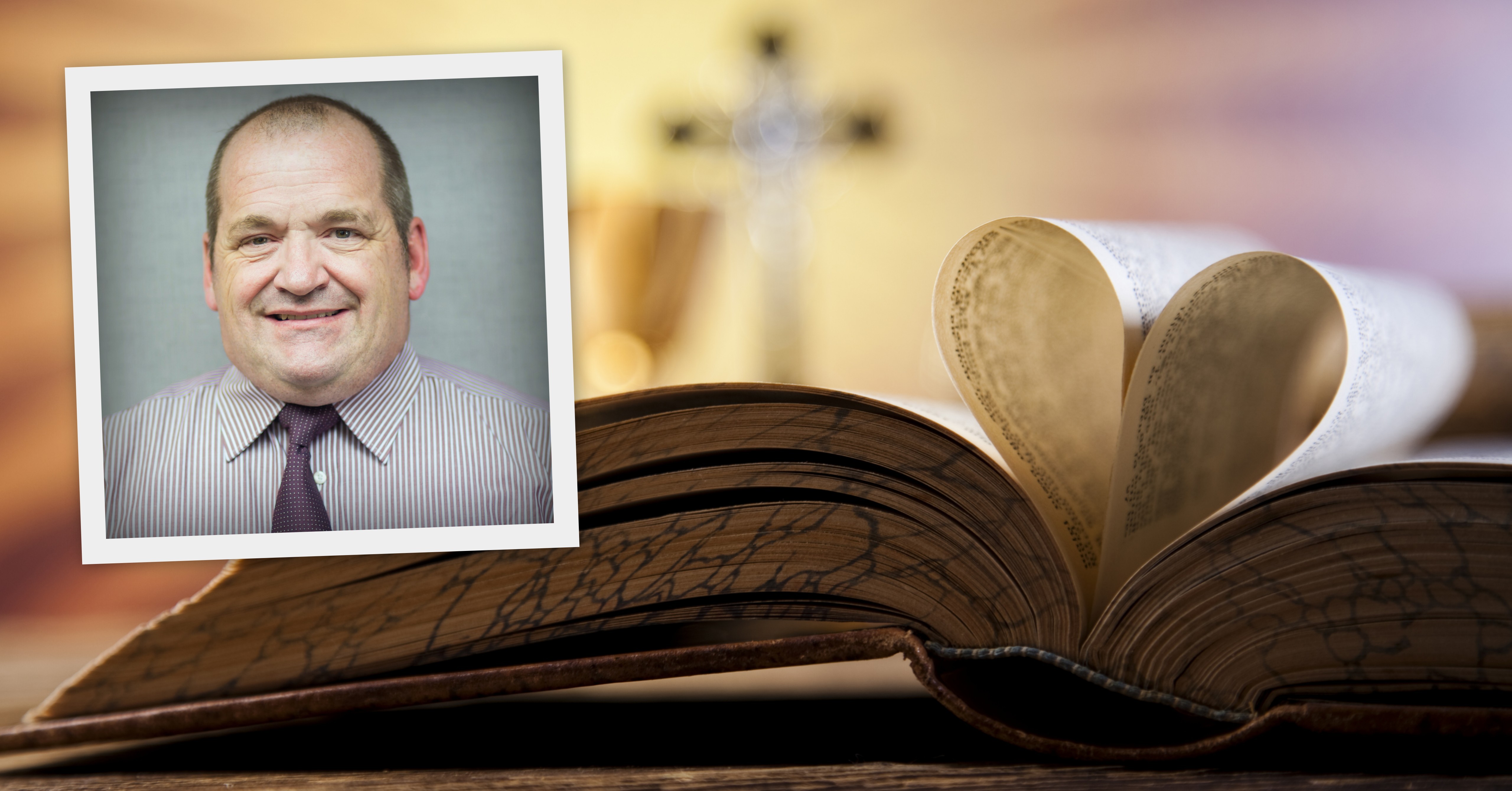 Roger Cook’s tenure as chaplain for Topeka Presbyterian Manor is the latest chapter in a ministry that began when he was a sophomore in high school.

That’s when Roger first felt a calling; his heart was “gripped by the love of Christ.” He began preaching at the age of 16 in his small Iowa church. He went on to work in youth ministry during and after college at Southwestern Assemblies of God University. He earned his Master of Divinity from the Assemblies of God Seminary in Springfield, Mo., and has served as the lead pastor of four churches in Missouri and Kansas.

At Presbyterian Manor, Roger’s focus is on building relationships.

“I want the residents to feel that I have a relationship that is not just a spiritual relationship,” he said. “We can laugh together; we can play games together.”

Earlier this year, he instituted a semi-regular “game time” with independent living residents. After restrictions on gathering were lifted, Roger noticed folks weren’t getting out as much as he expected.

“In order for us to be emotionally healthy, we need to be in relationship with each other,” he said. “We’re social creatures, and COVID has caused us to spend too much time by ourselves.”

“We have to live a balanced life in all areas in order to be healthy. I know I need to maintain a spiritually healthy relationship with God and with others in the church and here in the community. But I also need to take care of my physical and emotional health. Every aspect of our being affects the other aspects.”

Even in a more spiritual context, Roger takes a down-to-earth approach. In chapel services, he often discusses the “stuff that happens in life,” including the physical and emotional pain that we all experience at times.

The chaplain has first-hand experience of his own.

“I know what it’s like to feel pain and to become an overcomer,” Roger said. He has survived a massive heart attack followed a year later by triple-bypass surgery. A few years after that, he broke his neck in a cycling accident.

“I’ve experienced physical pain,” Roger said. “I think the Lord has used that so that I can identify with others.”

He has had to learn how to manage his own stress well, which is the foundation of emotional health. Chapel, he has joked with residents, is a “worry-free zone.” But learning to let go of worry takes practice.

“Part of overcoming something is not fighting it,” he said. “You have to replace thoughts of worry with healthier habits.”

That could be prayer or reading scripture, but Roger says it could also be a hobby or physical activity.

He keeps his faith fresh by connecting with God every day. Family and leisure activities support his emotional health, too.

Roger and his wife Jonna, a registered nurse, have four children at home and three others who live in Kansas and Arizona. In his free time, Roger enjoys spending time with his family, golfing, hiking, fishing, snow skiing and traveling.

He balances all of this with a second job as the lead pastor of Williamstown Assembly of God in Perry, Kan.

Roger says his life is a “testimony that God will not forsake you.”

Posted on
by
filled under
Employees
Spiritual Life
« Back to Blog