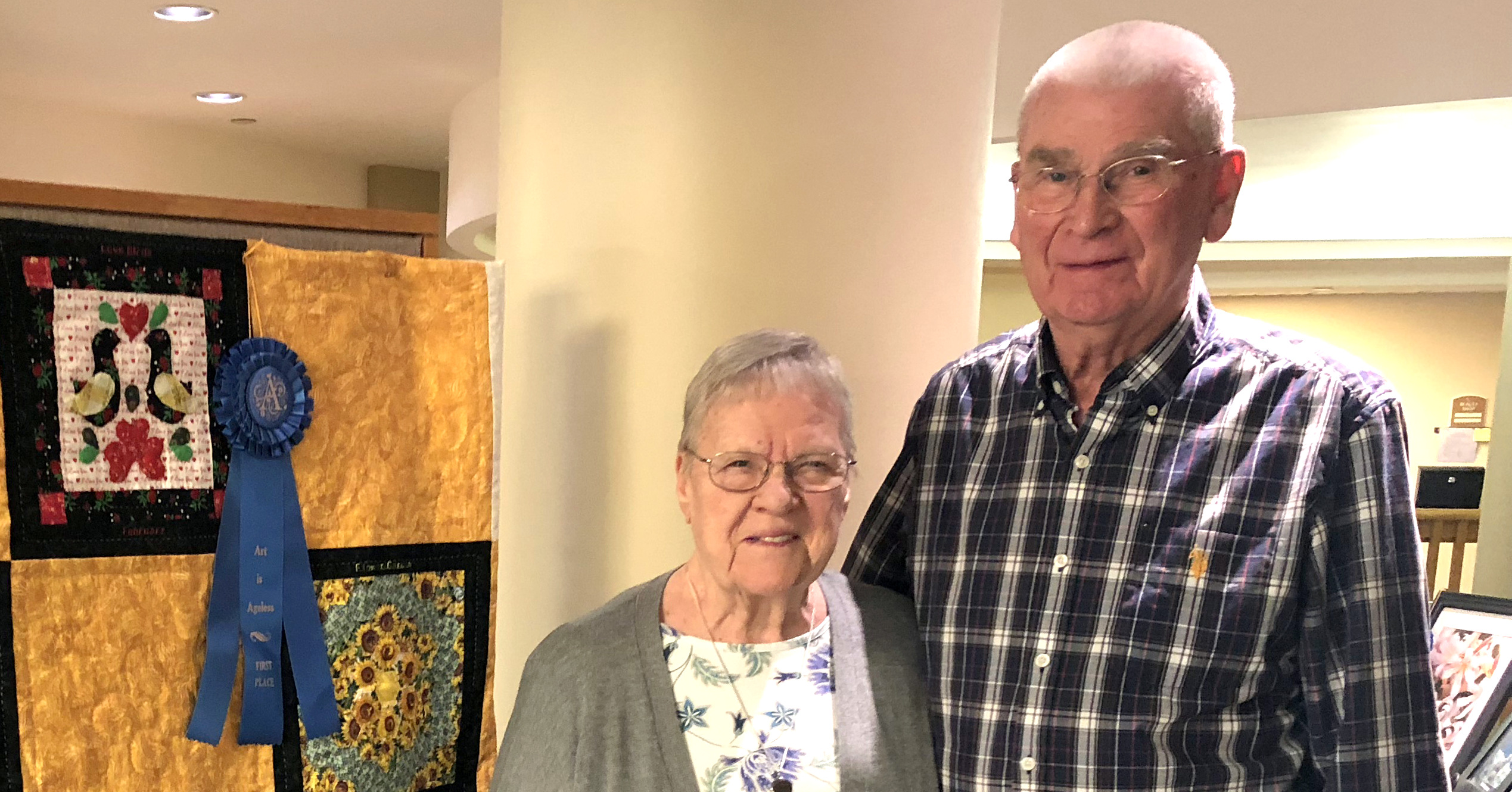 February is the "month of love," so why not highlight some of our very own "love birds?" Peg and Donald Shrewsbury have called Topeka Presbyterian Manor home for two years, and they have been married for 61 years.

"It's kind of funny how we met. My sister was dating a guy in the Air Force who was stationed at Forbes Field. He brought his roommate to church, we met, and that's who I ended up marrying!" said Peg.

Now we know you're wondering, did her sister end up marrying the guy she was dating at that time?

"Yes, my sister married him. In fact, we got married the same year! They've been married 61 years as well, and live in Delaware, where he's from."

Peg and Donald have a daughter and three sons, 9 grandchildren, and 12 great-grandchildren.

"I would say my secret to a long, happy marriage is to put God first. Next, put each other first. You have to give and take a little."

Before health complications arose, Peg and Donald traveled the United States extensively, traveling to all 50 states and staying in Arizona for 15 winters. While their traveling days are behind them, Peg reflects fondly on those memories and enjoys making new memories at Presbyterian Manor.

"We just love the sense of camaraderie here. It's a close-knit community, and it didn’t take us any time to get to know people. Everyone introduces themselves, and it's just a community feeling. The meals are great and the staff is second to none.”

Posted on
by
Cindy Kelly
filled under
Residents
« Back to Blog